Disclaimer2- this blog starts to take on a life of it’s own about 1/2 way in. Stick with it. you won’t be disappointed.

anyways…I was at the bar last night catching up with a few old college buddies, and I was trying desperately to explain my current career path as an aspiring blog-trepreneur. It wasn’t going very well, but a buddy of mine was telling me about an idea of his for a restaurant. without going into much detail, he explained that it would be a chicken finger on a hotdog bun as his staple dish. I told him that they already had something like that, and it was stuffed sandwiches. Then i launched into my stuffed sandwich story to the rest of the table of about 10-14 people and was amazed that no one had heard of them. I gotta tell the world about this beautiful sandwich I once crushed at about 2:14 am on a side street in State College, PA.

Penn State is located in a town called ‘State College’ Pennsylvania. it was one of the top party schools at the time (this was before all the sandusky shit), so i absolutely had to check out the bar scene. We hopped around a few places and it was a fine college town, but what made this such a great experience was THE FAT BITCH. at the end of the night.

huh? a fat bitch?!?! (salsa WTF are you talking about dude? fat bitches are gross)

WOAH! All of these ingredients are rolled up inside the bun, and it’s delicious. it’s the flagship item from a little place called Are U Hungry. If you ever find yourself in the area, stop in this gem of an establishment. 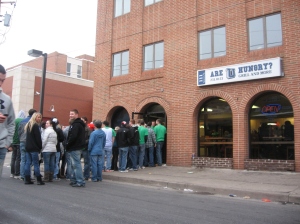 EDIT- after doing a bit of research onthis (shocking i know), i just found out that I guess this fat sandwich concept originated from grease trucks in Rutgers, New Jersey. Full disclosure, Salsa has never been to the Northeast part of the country so that whole part of the country is one big Mysterious black hole. see diagram below: 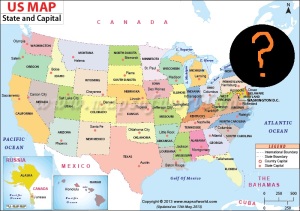 Exhibit 2 (source: urban dictionary)
grease trucks
Location in New Brunswick, New Jersey that serves sandwiches that constitute meals-on-a-roll. Most famous example is a “Fat Bitch,” which consists of chicken fingers, french fries, cheesesteak, mozzerella sticks, ketchup, lettuce, and mayo. If one is able to eat five of these sandwiches in 10 minutes, that person can have a sandwich named after him/her and create it however they wish.

whoa. two things here- I need to find the article and i NEED to know what the fuck a fat darrell is. **continues research**

The issue is September 2004 Maxim pictured below. (i circled the article in blue). The article is titled “America’s 10 Tastiest Sandwiches” – but the question remains…what is a fat darrell??

lets start with the who….Here is Darrell posing with- what appears to be- a “fat darrell”. The question still remains…what is a fat darrell made up of? *continues research*

I have learned now that darrell runs an R.U. Hungry in New Brunswick NJ. Clever name darrell (R. U. Rutgers University.) is the one in State College just a blatant imposter?!?! (the one i went to was called ARE U Hungry- another pun with the WE ARE bullshit that all those penn state morons chant) i feel fucking CHEATED now. *my blood pressure is rising at an alaming pace for 4:34 am in the morning** **continues research**

Lets yelp the Original fat darrell location and see if it shines any light on our quest for the truth.

it was invented in 1997 by a bro who convinced a guy to throw all that shit on a bun and charge him like 5 bucks. and thus the legend was born. today it’s a registered TM and it has its own website: http://www.fatdarrell.com/

According to the picture below of darrell’s menu, Darrell also offers a ‘Fat Beach’ (aka fat bitch) 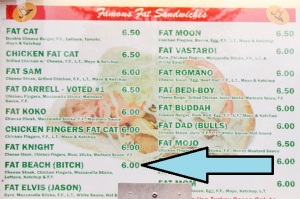 so there you have it. the fat bitch originated in NJ. without further adieu i give you the fat darrell highlight tape. it’s absolutely unreal how much media attention this guy has gotten over the years. from Travel Channel, Man vs. Food, paula dean, al roker, Good Morning America, etc.

If sandwich celebrity isn’t etched somewhere on my tombstone i did it wrong.

TLDR: Salsa unknowingly ate a version of a sandwich that was voted “the best in america in 2004” by Maxim Magazine. Recognizing greatness isn’t a skill we all possess, but salsa has it in spades. Salsa, man of the people indeed…

Building a blogging empire-one page at a time.